Barriers to Medical Aid in Dying even when it is legal 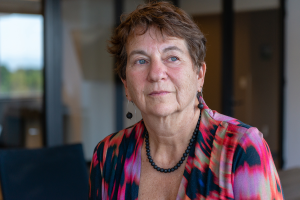 A recent story about the firing of Dr. Barbara Morris, a courageous geriatric physician in Colorado who went to court to fight for the right of her patient to use the state’s medical aid-in-dying law, is yet another warning for those of us in California and other states who are working hard to lift the barriers to compassionate and timely access to medical aid in dying (MAID) for the terminally ill.

This latest incident, involving a physician who independently chose to prescribe medical aid-in-dying for her patient and as a result was fired from her job with a jointly run Catholic/Seventh-day Adventist hospital system opposed to MAID, is as unfortunate as what recently occurred in New Jersey where a single Orthodox Jewish physician had the power to temporarily stop the law from going into effect because of his personal faith-based beliefs.

We have no wish to comment on religious preferences or practices, however, we believe that such barriers to health care do not belong in a democratic and compassionate society such as ours.  New Jersey Assemblyman John Burzichelli, one of the law’s sponsors, speaks directly to our concern when he says: “I have my beliefs, you have your beliefs, but don’t use the machinery of government to impose them on others.”

Enough barriers are already built into the system.

The physical and emotional barriers most terminally ill individuals face in accessing medical-aid in-dying in California and other states that have adopted a law are already burdensome enough: family members opposed due to their own beliefs; physicians who have often been treating the patient for years and refuse to prescribe based on their own beliefs; hospices, social workers and health care providers opposed to MAID that won’t even inform a patient of their right to request the medication nor give the patient a referral to a health care provider who is willing to prescribe as stipulated in the law.  Moreover, the process to request MAID in California is lengthy and daunting, including a wait time of a minimum 15 days, which every individual, sick and debilitated as he/she is, must go through who wishes to ease their end-stage suffering with medical aid-in-dying. Oregon just wisely corrected this stipulation and those who are very near death can now access the law in a shorter period of time.

Are you a compassionate physician?

End of Life Choices California was founded on a belief system and mission: to enable those who face end of life situations to have access to ALL the information available and a support-system to make informed decisions about how they wish to die, including the option of medical aid-in-dying.

We continue to search for more physicians throughout California to whom terminally-ill individuals can turn for compassionate care, understanding, and support of whatever end of life option they choose, including medical aid-in-dying if they qualify under the law.

If you are one of those compassionate physicians or a medical provider of any kind, we would love to know about you so that as we get calls and emails from people who need help accessing the California End of Life Option Act we can reach out to you and see if our client would be an appropriate referral.  In addition, if any of you, our readers, have had a positive experience with a doctor or hospice about end-of-life choice, and would like to share your story with us, we would be very grateful to hear from you. Ways to contact EOLCCA.  Thank you!