supports you and your family when

what really matters is having the power

to choose your own best outcome.

Californians have improved end-of-life options since 2015.

The End of Life Option Act is a California law that permits terminally ill adult patients with capacity to make medical decisions to be prescribed an aid-in-dying medication if certain conditions are met. Signed into law by Governor Brown in October 2015, the law went into effect on June 9, 2016. California was the fifth state to enact an aid-in-dying law. ABOUT THE LAW 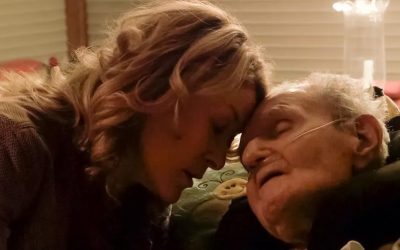 “It was like light from a lighthouse,” says David Timoner of the call he got from End of Life Choices California (EOLCCA) when he and his family were facing the toughest time of their lives.

David’s 92-year-old father Eli was in the hospital. He had reached a point at which advanced COPD, CHF, and other health issues had become intractable and meant he would have to transfer to a care facility. But Eli knew he wanted to die at home surrounded by those he loved, and he asked about medical aid in dying. His family understood and supported his decision but didn’t know where to turn for help. Vaguely aware of a California law, they still had no idea what to do next.

How We Help Our Clients

At the end of the day, I felt honored to have had the privilege to support Billy in his choice to use medical aid in dying, and to witness his passing. From the first phone call through the day of Billy’s death, we spent many hours on his case–and this is not unusual. I was also fortunate to participate in the very core of the work we do at EOLCCA: to help our terminally-ill clients find relief from their suffering, and achieve the peaceful, dignified death they want. 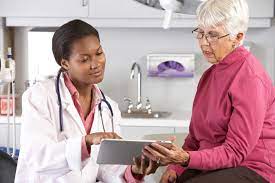 Talking to your Doctor about MAID

Being direct about a sensitive and personal topic like aid in dying can be intimidating. But the more clearly you express yourself, the more likely your doctor is to really “hear you” and understand not only your request, but also your priorities and values.

End of Life Choices California has developed  Client Advocate Volunteers to serve as advocates for Californians who are seriously or terminally ill.  These volunteers provide general and specific information along with personal support to people who are facing end of life planning and decision making.

We would love to come to your organization and speak to your group:

We Can't Do This Without You.

Your early contribution will immediately enable EOLCCA to widely publicize our services.  We can then provide timely support to individuals from all walks of life who currently face a chronic or terminal diagnosis and seek to understand what end of life options are available to them.

How to Reach Us

Learn about our Services and growing Volunteer Network

Become a volunteer. Send money. We can’t do this without your support.