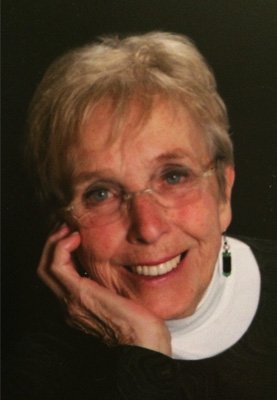 Fran Moreland Johns is a freelance writer for local, national and online publications whose focus is often on end-of-life issues. She is the author of Dying Unafraid (Synergistic Press, 1999) and of related stories published in a number of magazines and anthologies. She holds a BA in Art from Randolph-Macon Woman’s College and an MFA in Short Fiction from the University of San Francisco.

Dying Unafraid grew out of Johns’ experiences as a writer, a hospice volunteer and a volunteer with AIDS groups and the elderly. She served as a bedside volunteer and on the board of Compassion & Choices of Northern California for more than a decade – also working to pass the California End of Life Option Act – and is a founding member of the San Francisco Bay Area Network for End of Life Care. She has presented end-of-life issues papers at international conferences sponsored by London-based Progressive Connexions in Prague, Budapest, Lisbon and Bruges in recent years.

Johns’ other primary focus has long been on interfaith causes – she was a two-term member of the board of the San Francisco Interfaith Council – and on reproductive justice issues. Her book Perilous Times: An inside look at abortion before – and after – Roe v Wade was published in 2013. Her online presence is at franjohns.net and on Facebook at FranMorelandJohnsWriter.

Born in Brazil to Methodist educational missionary parents, Johns grew up in Virginia and raised her three children in the Atlanta area. She has five flawless adult grandchildren. She moved to San Francisco in 1992 to marry her college sweetheart Bud Johns. Until his death in 2019 they enjoyed traveling the globe, exploring new ideas, and working to support the arts and progressive causes. She continues to support their mutual interests in music and the arts, nuclear disarmament, and social justice issues. In her generally nonexistent spare time she works on the short story collection she hopes some day to publish.