An Act of Love

I was talking with my friend, Jen, today and she told  me about the death of her 96 year old grandmother. There were some important things she shared with me about the good death her grandmother had and the comfort she received from that experience.

The first was when her grandmother was dying. Jen said that the day before her grandma died, she was visiting her and she looked like Grandma: beautiful skin, pink lips, bright blue eyes, shiny hair. However, she had congestive heart failure and as she was dying, her lungs were filling with fluid and she was having difficulty breathing. Her hospice staff put her on medication to calm and relax her through that process. Jen came back the next day to visit and was shocked and astounded by the change she saw. Grandma no longer was glowing. 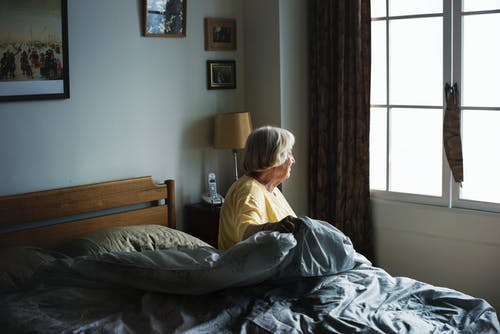 Her lips were pale, her face was gray. Even her hair looked different. And Jen realized in that moment that her grandmother was already gone and her body was just trying to catch up and leave too.

While Jen admitted this was the scary thing about death; that people leave us, she wisely realized and accepted we all go at some time. None of us avoids death. It is part of everyone’s life journey. And that gave her hope.  She realized death wasn’t as scary as she thought. She understood that death is a part of life and that there are steps she can take to be prepared and communicate her wishes to her family and loved ones well in advance.

And with that new understanding, she realized that her grandmother had given her this gift too, by planning ahead. At about 85 years old, Grandma had sent Jen copies of her Advance Directive: including her living will, her medical proxy, and her DNR. She had explained them all to Jen. She had told Jen she wanted to die a natural death, at home, with comfort support only.

Jen said, “Grandma sending me all those documents and talking to me about it was an act of love.”  I asked her what she meant. She explained that by knowing her grandmother’s wishes, and by knowing what to do next and where the bank statements and the will were, and how and where she wanted to be buried, and how she wanted to die, that Jen and her family didn’t have to worry about any of those details.. They already had the answers. Because of that, they were all able to be fully present with Grandma when she died. And to see, really see, the peaceful transition she went through as she died.

Jen said it was a beautiful death and experience, and it made her less fearful of her own death.  She has since completed her own Advance Care Planning documents and shared them with her husband, parents, and siblings. Another act of love. 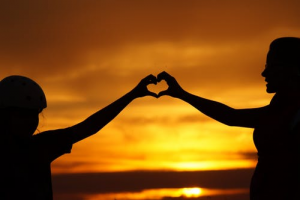 End of Life Choices California has trained volunteers who will give a free presentation for your group, large or small, about planning for a good death, and all the other things around dying that are important to plan for.  Check out our website for more information about Advance Directives and all the supporting documents. Our volunteers will also meet with you individually and help you understand the forms and how to fill them out.  Please call 760.636.8009 or email info@endoflifechoicesca.org if you have any questions or to schedule a volunteer.