When the Burdens of Living Outweigh the Benefits 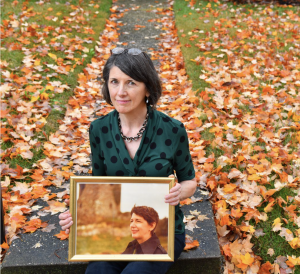 When I read The Washington Post article’s title, “At 94, she was ready to die by fasting,” I thought “Oh no!”  Upon further reading, I learned that Rosemary Bowen did not actually fast, which by definition is stopping all nutritional intake, but rather, she voluntarily stopped eating and drinking, also known as VSED, to achieve her death.  That made absolute sense to me.

There is no law that says you have to eat and drink.

VSED has been discussed for decades within the right-to-die movement.  It is a legal option for anyone, anywhere. There is no law that states you have to eat and drink and on the flip side, no law states that you can’t stop eating and drinking if and when you are ready and have appropriate support.  In fact, in states that have adopted Medical Aid in Dying, there are many people who don’t qualify for the law with a terminal illness, thus VSED is a viable option for them to consider. It also continues to be an option for people in states without such a law, should they come to that very personal conclusion that the burden of living has become greater than its benefits.

I thought Rosemary Bowen’s was a perfect example of a graceful death through VSED.  I’m glad her daughter found it in her heart to support her mother’s choice, to film her, and then publish it in order to share her mother’s experience.  As a society, we need more opportunities to talk about death and where possible, how one chooses to die.

Unfortunately, Voluntary Stopping Eating and Drinking is often misunderstood.  One thing we know for sure, which gives me comfort, is that this is a natural process in the animal kingdom and in some cultures.  When it becomes apparent that an individual can no longer participate with the pack, they go off quietly by themselves to die by stopping food and water.  Knowing that this has occurred naturally for millenia makes the choice easier to understand.

I recently spoke with an elderly and ill gentleman who had reached the conclusion that he was ready to die. He had stopped eating a month ago. He had lost quite a bit of weight and was angry that he was still alive.  When I suggested he consider stopping all fluids as well, based on my understanding of VSED, he expressed fear that it would be painful. While he was not taking in any food at all, he stated he was finding comfort in drinking water.  I explained to him the physiology of stopping both food and water: that the body could last for a very long time with no food (with that length of time being dependent on the amount of fat and muscle mass available to make energy) but with fluids stopped, the body would go into a severe dehydration state which would cause kidney failure and lead to cardiac failure in a matter of days to a couple of weeks.

People worry that it will be uncomfortable and painful.  And, in my experience of seeing people go through this process many times, it can be somewhat uncomfortable.  Knowing that, we always recommend that individuals choosing VSED engage Hospice as soon as possible and also have supportive family and/or friends present 24/7 once they start the process.  Hospice will provide comfort measures with oral mouth care and ways of administering palliative medication other than orally, so no fluids are necessary to take pills.  The Washington Postarticle discusses this.

This way of leaving the world is not for everyone. It takes a great deal of conviction and fortitude.  One must be absolutely certain this is what he/she wants to do.  The discomfort of thirst is strongest in the first three days, I’ve noticed. Then the person moves into a more dream-like state and the discomfort becomes secondary. Again, hospice support with body care and soothing medication is essential.  NO ONE SHOULD EVER DO THIS ALONE. People alone and on their own have gotten up and fallen due to weakness, and often ended up in the hospital with a fracture and on IV fluids, thus VSED could not be completed. It is imperative to have adequate support.

EOLCCA’s volunteers are trained to know how to walk people through the steps of preparing for VSED and accomplishing it successfully.  We are available to talk with anyone who is interested in exploring the option. Lastly, if you would like more information about VSED from a scholarly perspective, visit our website’s Resources page here.

End of Life Choices Californiaoffers information and non-judgemental personal support to anyone seeking help managing end-of-life care planning or decision-making in California.  Please visitwww.endoflifechoicesca.org to answer a variety of questions.  To speak with one of our volunteers, please call 760-636-8009.  All our services are free of charge.

If you would like to support the mission of End of Life Choices California,
please click below and learn more about our funding needs.
Thank you!